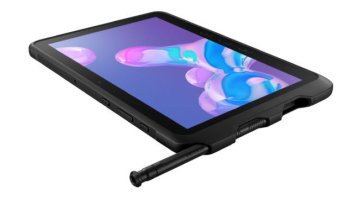 Samsung’s business tablet can now be bought in the United Kingdoms. Its price is currently unknown, but will probably be similiar to the consumer variant’s €679. As for the tablet itself, it boasts a rugged build with IP68 water and dust resistance, compability with Samsung DeX, Samsung Knox security platform and an S-pen. Other specifics include: