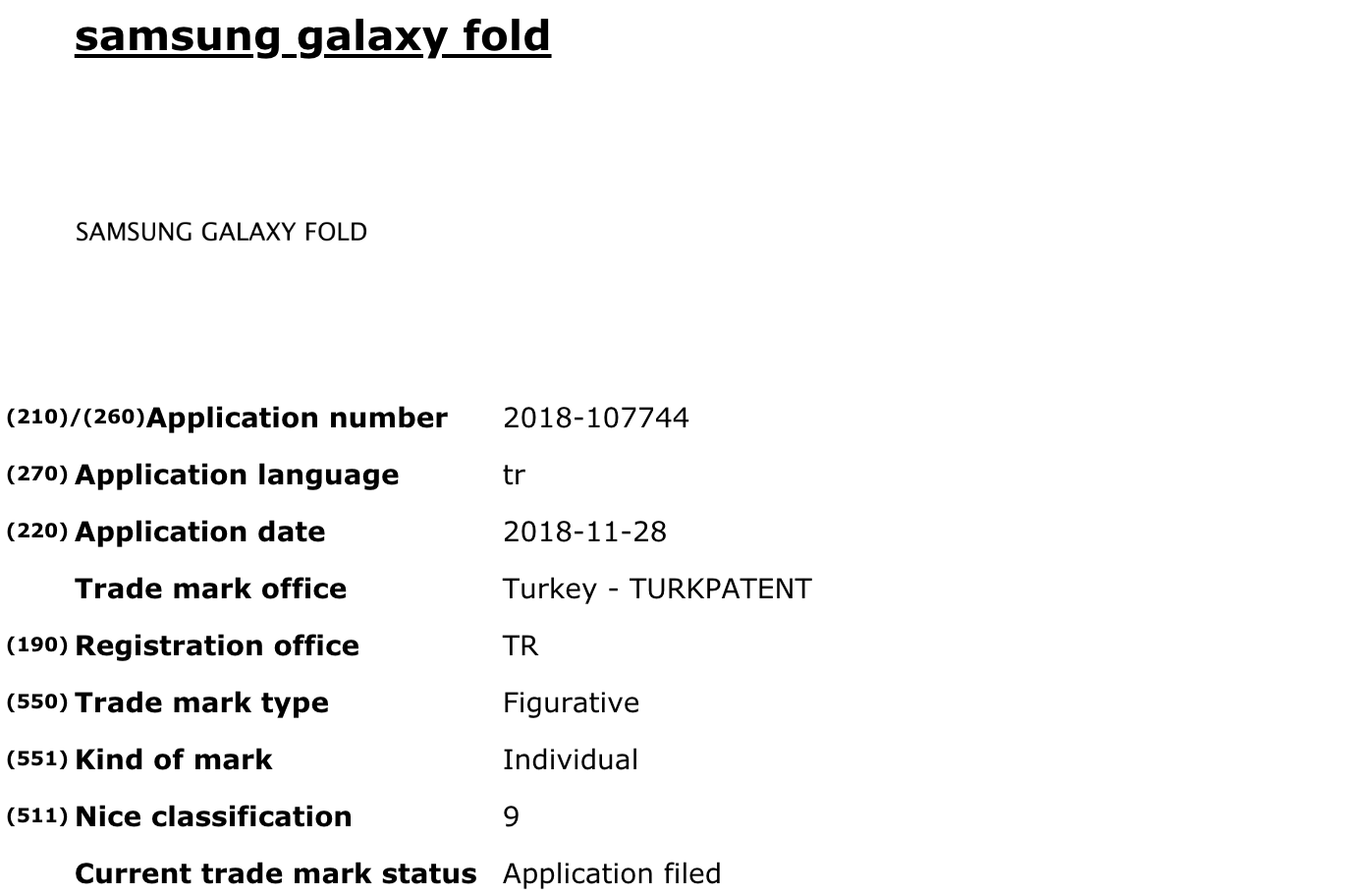 Samsung’s mysterious foldable tablet/smartphone will be released sometime in 2019. Much about this device is kept in secret, its name among other things. This, in turn, leads to a number of rumours and gossip spreading around what will this ”Galaxy F” be called. Well, one such rumour has just been created by leaked trademark filed by Samsung. It has the company protect the ”Samsung Galaxy Fold” moniker for possible future use. This is a pretty strong inclination that Fold will be the device’s name. Of course this may as well be a name for some future Samsung product that we have yet to heard anything about – you never know with trademarks.