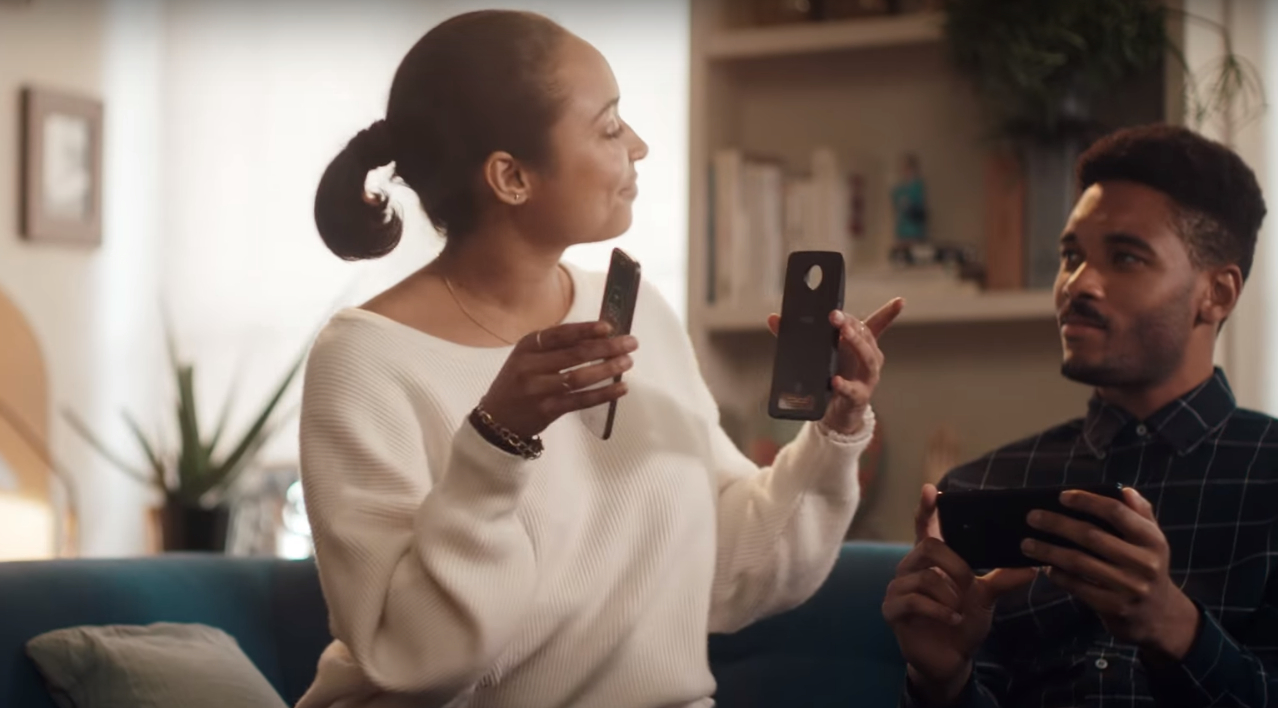 Hey, guys. Remember this hilarious advertisement about Samsung trolling Apple? Well, it now has a spinoff! The sort-of sequel to Samsung’s ad is made by Motorola. It is called ”Up-Upgrade to Motorola”.

What is the story? A young man that we remember from Samsung’s advertisement is leading a seemingly happy and comfortable life. He comes home, sits on a couch and whips off his Samsung, ready to watch a video. His wife, seemingly a guardian angel of mobile telecommunication, stops him and takes out her fresh new Motorola Moto Z2 Play. She takes out a Moto Mod projector and sets the device up, ending with a large video window being projected on the wall instead of the Samsung’s humble 6-inch-or-so display. Touche.

While it can be argued which company – Apple, Samsung or Motorola – makes better phones, one cannot deny how funny these adverts are. Personally I hope that this trend of ”mock-ads” will continue and that we will see many more hilarious nudges at famous smartphone brands.