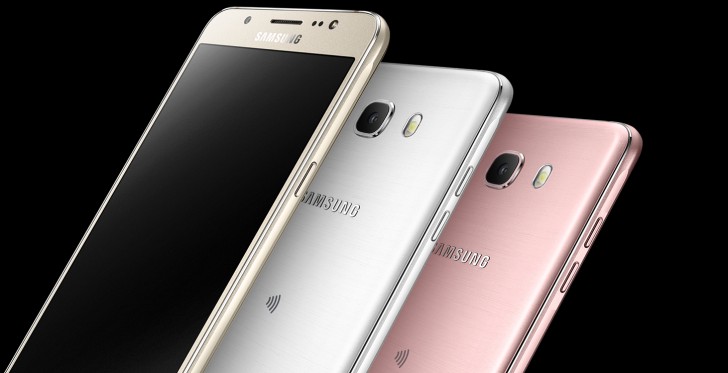 On the Chinese sites of Samsung appeared Far Eastern versions of the smartphone Samsung Galaxy J5 2016 (SM-J5108), and the Samsung Galaxy J7 2016 (SM-J7108, J7109-SM). Data surfaced before, but now we know that soon it will visit also other markets.
It is also important to note that while the main parameters should remain unchanged, but other versions of smartphones however, may change slightly.
The Chinese get the Samsung Galaxy J5 2016 with processor, which runs at a clock frequency of 1.2 GHz, display sAMOLED 5.2 inch and HD 720×1280 pixels. Two cameras are respectively matrices 13 and 5 megapixels. Specification complements memory capacity of 2 GB of RAM and 16 for the flash ROM. The smartphone supports LTE of course.
On the other hand, Samsung Galaxy J7 2016 processor with a clock of 1.6 GHz, sAMOLED display diagonal of 5.5 inches FHD working at a resolution of 1080×1920 pixels, similar to the above set of cameras and a set of memory 3 GB of RAM and 16 GB of flash ROM.