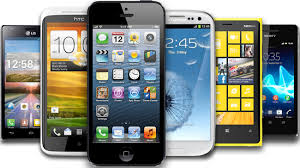 If somebody tells you that smartphone market is in a bad shape right now, please show them these statistics.

IDC company has announced that in the Q3 of 2015, 355,2M of smarthphones have been sold all over the world.
Its an amazing number which shows that the overall sales from 2014 has increased by 6,8%.
The number is not as big as it was assumed previously (363,8M), but it is very impressive.

The best selling company right now is Samsung which sold 84,5M devices.
They increased there sales by 6,1 % from the previous 79,6M.

The second place goes to Apple with an increse of 22,2%.
American company sold 48M pieces which is a great improvement.

The third place goes to Huawei which had the highest increase in sales.
They sold 16,5M last time, but this time the number grew to 26,5M giving a 60,9% increase, which is stunning and amazing at the same time.

It is the best time to become an wner of a smrtphone right now, all leading companies, deliver amazing devices for great prices, and also with special contracts as well.