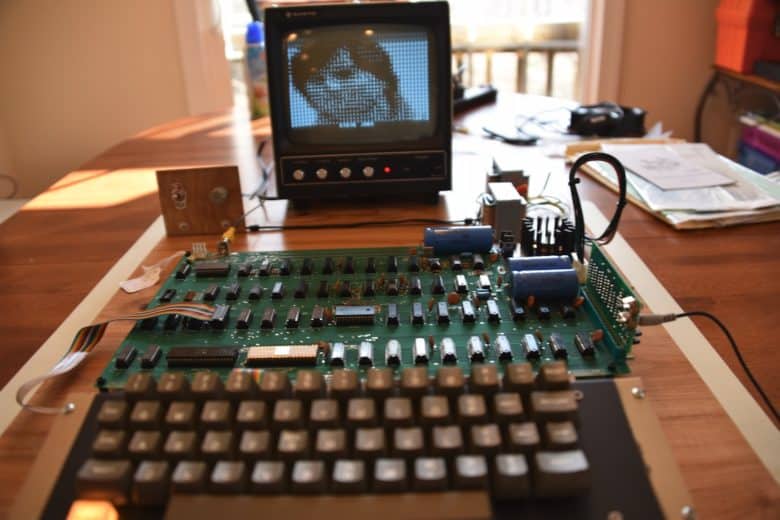 British auction house Christie’s has recently sold a pretty rare item, a rara avis among electronics, namely the Apple I PC. Made in the 1970’s, Apple I was one of the first PC devices ever relased. Not only is it difficult to find one nowadays, but this particular unit has been well taken care of by its previous owner, who put it neatly into a leather suitcase (Apple I has been released without any sort of casing). Along with the PC itself, the device has been sold with an old SWTPC PR-40 printer, equally old manual and nearly as old copies of Apple I-related magazines. The whole set has been sold for a hugea*s sum of 371 260 pounds. That kind of money could have bought one seven hundred units of Apple I back in the 70’s.