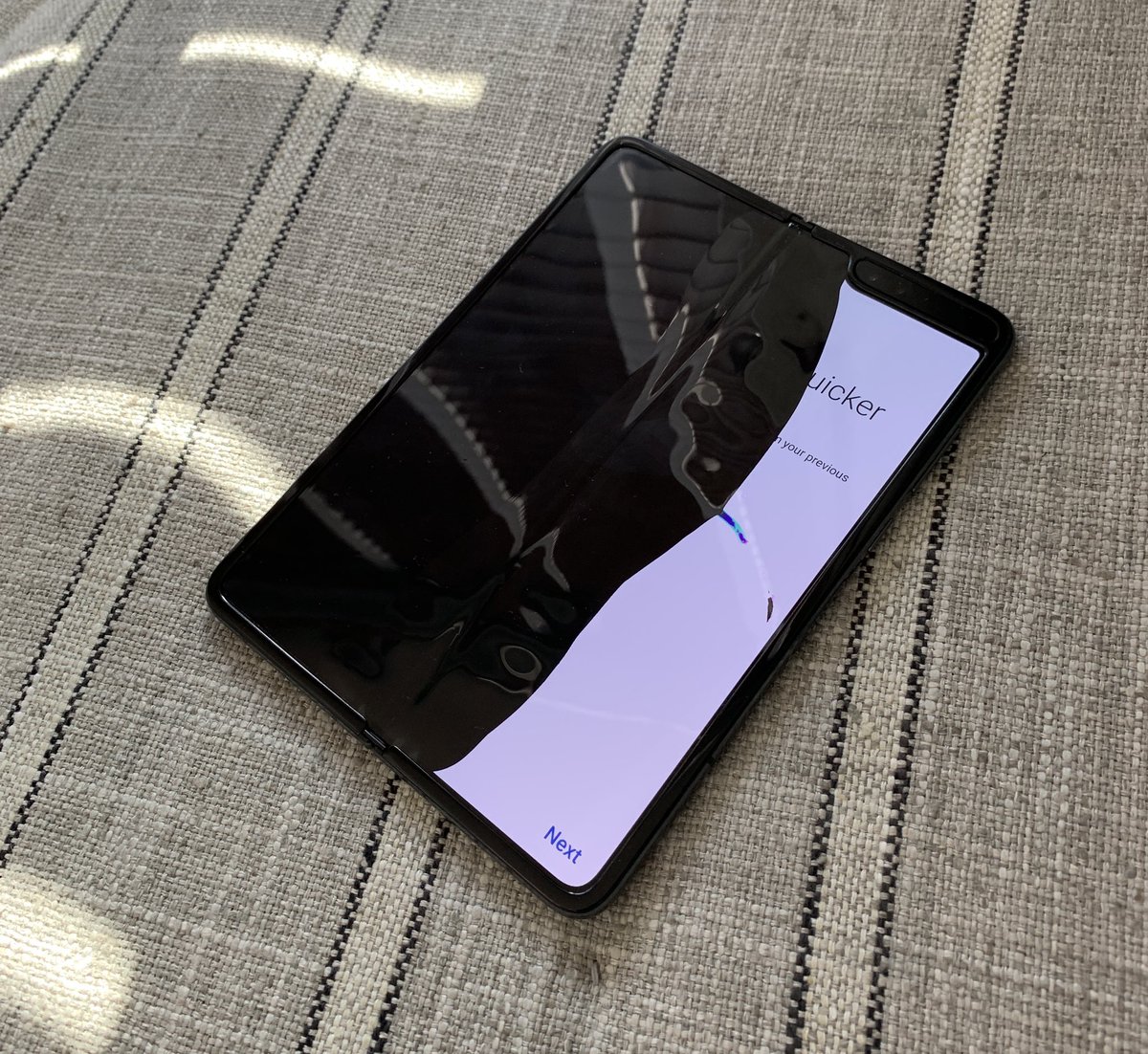 Some people believed that it is too early for working foldable devices. They said that the technology is not ready yet and that the displays will often malfunction. Well, it looks like those people may have been correct. The Verge published an article by one Dieter Bohn, in which the author describes how the display of his Galaxy Fold broke a day after buying the device. The display kind of broke in half, with pixels of one half displaying only a black or white screen instead of the contents of the screen. The effects can be seen on a video shot by yet another person. Yes, that is right: this problem has happened in more than one Galaxy Fold unit. The issue looks somewhat terrifying, and knowing that it happened to more than one person only makes it worse.

Samsung has yet to officially comment on the problem. Some people believe that it is caused by users taking off a protective layer covering the screen.