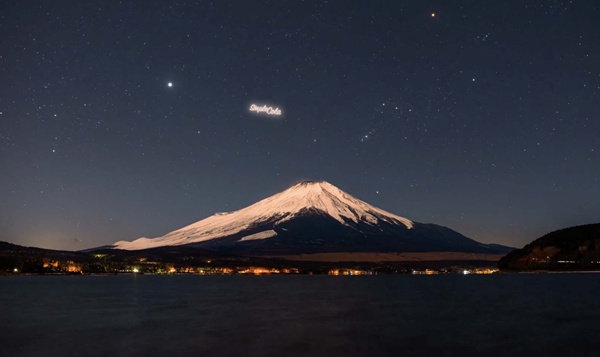 Great news for those of you who for some reason enjoy watching advertisement banners. Russian company StartRocket plans on soon releasing the very first space banner! This project, called Orbital Display, will be based upon shooting a number of small satellites into Earth’s orbit, around 400 kilometers up. Those satellites, equipped with the so called Mylar sails that can bounce solar light off themselves, will be sent into space in such a fashion so that, when combined, they will create a logo of any company or product. This video shows how the project is supposed to work.

The idea is problematic, and not only for technical reasons but legal ones as well. Who will decide at what times of day will the banner be visible? What if someone does not want to see it? Will the Orbital Display create additional danger for space flights? No one knows. So far, PepsiCo has been interested in the project. Who knows? Perhaps by 2021 we will have a giant Pepsi banner floating over our heads.