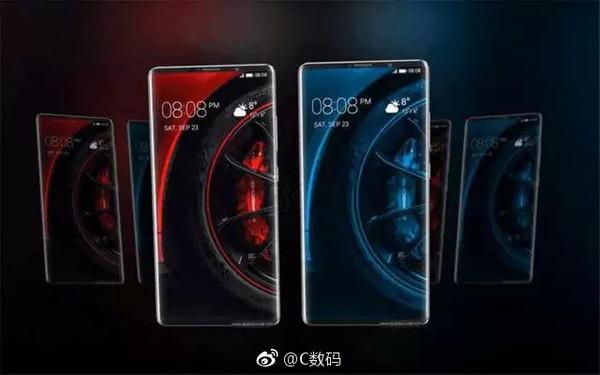 There is much to report, so lets forgo the usual preface and get right to it:

– Mate 10 will not be the only phone Huawei will present on October 16th. As confirmed by by Huawei’s CEO, Mate 10 Pro will also make an appearance,
– Mate 10 will not neccessarily feature an edge-to-edge display. This honour will probably fall to Mate 10 Pro alone, although this is not 100% certain, as earlier reports suggest edge-to-edge design in Mate 10 as well,
– Mate 10 Pro will have a rear-mounted fingerprint scanner,- one of the phones will come in a gold colour variant,
– according to the pictures leaked, Huawei Mate 10 Pro will have an 18:9 ratio, 5.9′ display and dual Leica camera setup, f/1.6 apertures,
– Lite and Plus models of Mate 10 are also said to be in the making,
– Huawei Mate 10’s internal codename is Marcel. Might be useful for finding more leaked info on the phone,
– Kirin 970 CPU confirmed, as well as the phone’s significant artificial inteligence capabilities,
– IP67 water and dust resistance,
– 4000mAh battery with quick charge support.

Can’t wait? If not, I cannot blame you, as this Huawei device seem to shape up really nicely. Have patience – three and a half week more and the phone will be officially revealed.