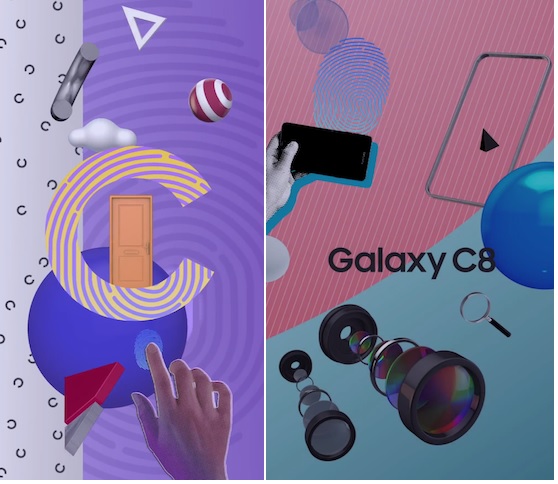 Support page for one SM-C7100 has recently appeared on Samsung’s Chinese website. This phone, which will be called Galaxy C8 after its reveal, will be the first Samsung smartphone with dual camera. How do we know? Because of leaked promo materials, ones that you can see above. One of the pictures presents a dual camera setup; the other shows off C8’s fingerprint sensor (I used to call it a scanner, as it scans fingerprints, not senses them, but everyone else calls them sensors, so what do I know…).

Earlier leaks suggest that the phone will have a 5.5′ Full HD Super AMOLED display, 8-core, 2.3GHz CPU, 3 or 4GB RAM, 2850mAh battery, 13mpx and 5mpx cameras and will be run by Android 7.1 OS. It also may or may not support Bixby. C8’s date of release is unknown, and we are not even sure it will be released outside China. Fingers crossed!