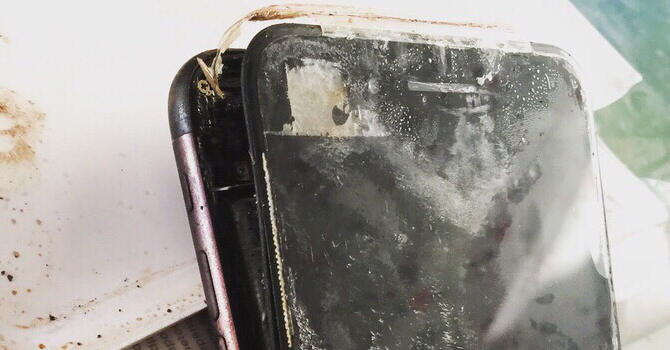 We are all well aware of the exploding Samsung phones case, but now it looks like we may have to add iPhones to the list of malicious hardware. A Reddit user has posted a picture of, reportedly, his iPhone 7, completely ruined and with a singed box.

Help, help, iPhone hand grenades!? Possibly, but maybe not. The original poster of the picture has not described events surrounding the phone’s destruction. Judging by the partially burned box, it may be theorized that the phone caught fire before even being unpacked, but we do not know anything for certain. It may be the case, but it might just as well be a hoax.

How do you think, what is the case? A single accident, beginning of a series of iPhones catching fire, a joke by Reddit?