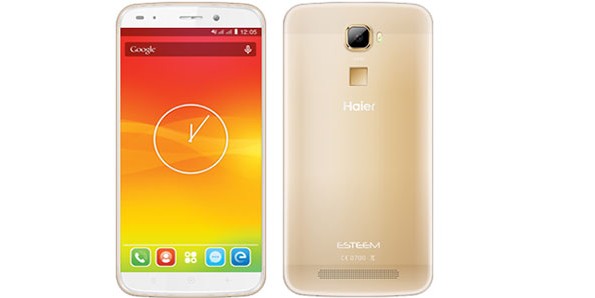 The company Haier unveiled during MWC new smartphones series Voyage and Leisure. Among other things, it was the model Haier Voyage V6, considered to be the one advertising series, flagship model of manufacturer.
Haier Voyage V4 is positioned “eye” below. It also supports LTE and has a 5.5-inch screen and FullHD fingerprint scanner, but works on Android 5.1 and its eight-core processor has a clock speed of 1.3 GHz and the support of 2 GB of RAM. In addition, the phone has installed internal memory of 32 GB and 13- and 5-megapixel cameras. The battery with capacity of 2800 mAh, unfortunately does not support fast charging.
Haier Leisure L60 has a very similar specification, but different look, 8-megapixel camera on the back, and only 16 GB of memory. With this phone, we also have a slightly smaller screen size (5.2 “HD), a quad-core processor with a clock of 1.3 GHz.
On the other hand, Haier Leisure L56 is a L60 twin, maintained in a similar style, but with a HD screen reduced to 5 inches. Inevitably, the battery is also smaller (2200 mAh), but the main camera has 13 megapixels.