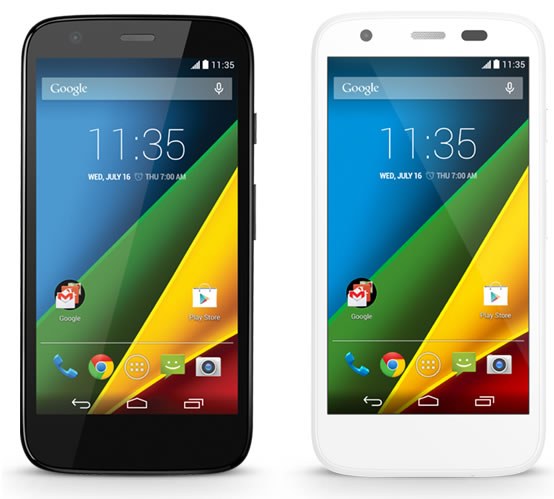 We have some great news for motorola fans in Brazil.

The new Motorola model called Moto G 4G is now available in your country an it a very good low budget smartphone.

We all know that the first model of Moto G was a huge success so there coudln’t be any doubt that we will have a newer version of this model.

This time it packs a dual-SIM setup and is available in 4G. Moto G 4G has two micro SIM slots with one capable of LTE speeds. Other notable changes over the Moto G (2014) include a larger, 2,390mAh. The internal memory will be 16GB with no 8GB option available and physically the smartphone will retain its compact dimensions with only about 6g of extra weight, because of the bigger battery.

However not all parts have been changed The handset is powered by a quad-core Snapdragon 400 SoC, clocked at 1.2GHz, has 5-inch 720p display and the same camera. 8MP main and 2MP front-facing shooter. It will be running an Android 5.0.2 Lollipop from the start, while previous Moto G phones are still mostly running 4.4 KitKat and are still waiting for on an update.

The biggest disadvantage for the Brasilian customers is the price which is about 345 dollars.

If you want to change the main supplier of your motorola smartphone, but it has a sim blockade, our service can help you with that.
Sim-unlock.net offers special unlock codes, which allow your phone to work in any network you wish.