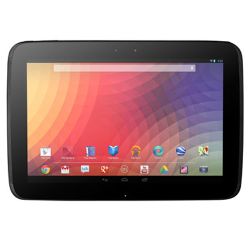 Android took the smartphone market by a storm, going from a nobody to the one to beat in just a couple of years, but tablets proved a tougher nut to crack. Google and partners have only recently started finding their pace and giving the dominating iPad a real challenge.

It took nearly two years since the first iPad was released, for Android to have its first real shot at victory. The properly powered and aggressively priced Nexus 7 shook Apple out of their complacency and forced them to bring the game into the Android half.