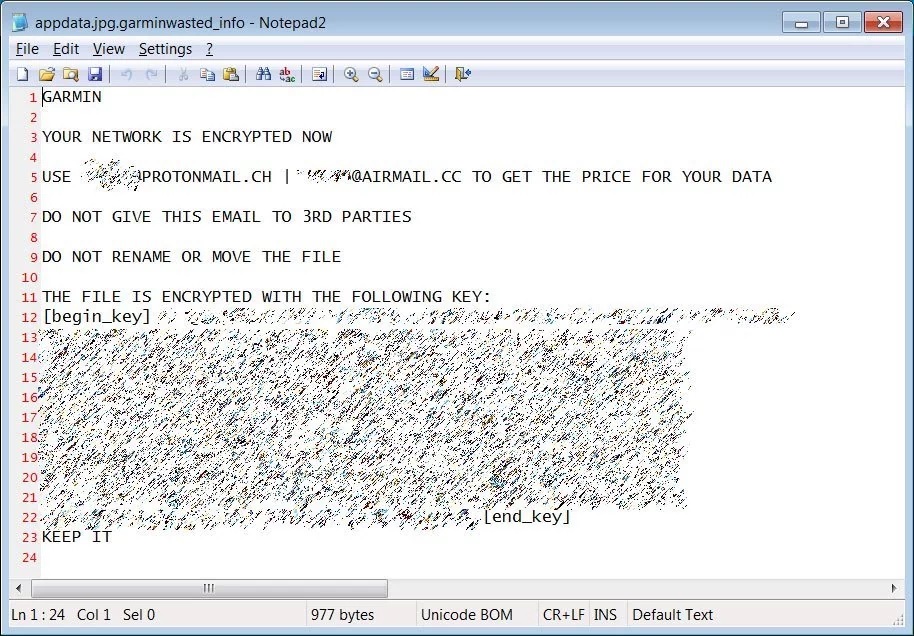 American tech company Garmin has been hacked. The company’s systems are infected with the WastedLocker ransomware. Hackers responsible for the attack will unlock closed off files only after Garmin pays them an impressive ransom of ten million dollars. The situation is serious, as due to the virus the company’s taiwanese factories have all ceased to work; every minute generates more and more losses for Garmin.

According to Bleeping Computer, Garmin has been hacked by the Evil Corp group. Evil Corp is an old hacking group from Russia, its history going back to 2007. They have regularly attacked US companies, causing around 100 million dollars worth of losses.

2 thoughts on “Hackers have attacked Garmin, the company might be forced to pay millions”