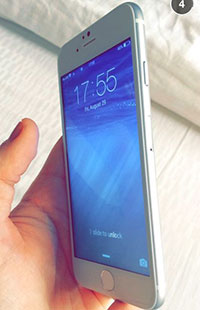 We received new information about iPhone 7c which should be available soon.

The first rumor about the release date was September 2016, however right now China Mobile roadmap revealed an April launch.

There is no exact date yet, but one thing is certain, that Apple has stopped a small-scale trial production of the smartphone, and the mass production is expected to begin in January.

Which is really good, because many customers are waiting for it impatiently.
Other information about the upcoming model said that it might not be iPhone 7C, but iPhone 6c as the name is not confirmed.

The device should also pack a new 1,642 mAh battery for longer working time.

There is no word about the price yet, but it should be something from $400 to $500 off contract.

If you are tired of using the same network all the time, or the prices are too high, our service can help you with that.
We can remove the network blockade from your device, so that it can work in any network you wish.