How to unlock LG G8s ThinQ by code ? 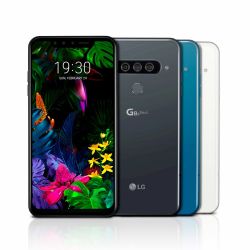 Unlocking LG G8s ThinQ by code is the easiest and fastest way to make your device network free. It doesn't interfere in your system or change it in any way so even after using our code, you don't loose your warranty. In order to receive a network unlock code for your LG G8s ThinQ you need to provide IMEI number (15 digits unique number). It can be found by dialing *#06# as a phone number, as well as by checking in the phone settings of your device.

Network unlock for LG G8s ThinQ is simple, easy and fast. We provide all network unlock codes (including NCK, SPCK, NSCK) for LG models from all networks.
The service is universal it doesn't matter if the device is brand new or an old one, the price stays the same. Code delivery time starts from 50 minutes.
If your LG G8s ThinQ doesn't ask for an unlock code whit unaccepted simcard you might need to use a SIM from original carrier (if LG G8s ThinQ comes from AT&T put an AT&T sim card).

The turnaround time for receiving the unlock code for LG mobile phones starts from 1 to 24 hours.

The calculated average waiting time is 3 hours 21 minutes. (based on the last 50 orders)

How to enter an unlock code in a LG G8s ThinQ:

1. Insert a simcard from a different network (for example if the device comes from Orange network insert a T-Mobile simcard).
2. Your LG G8s ThinQ should ask for an unlock code
- for Network PIN type the NCK code
- for Service provider PIN input the SPCK code

Having problems with using the instructions ? Contact our support.

NCK code is a network unlock code, which unlocks the main network.
For a subnetwork you need to use either a SPCK code or a NSCK code.
Generating an unlock by a free generator, can only block your LG G8s ThinQ permanently.