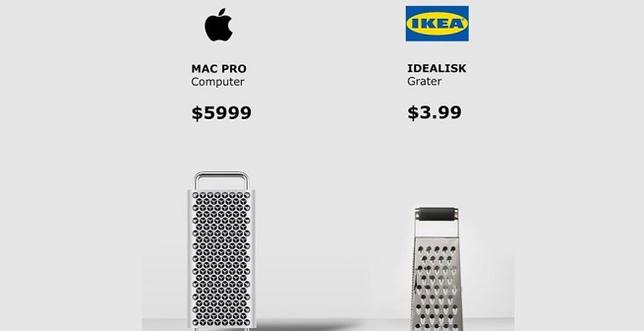 The newly announced Macbook pro has been compared to a typical grater.

In the picture we can see not only the visual resemblance but a huge difference in price as well.

This isn’t however first time when IKEA uses this childish pictures to promote their own product.

Not long ago we heard about a different comparison showing new Apple pencil for the iPad (which was stated to be revolutionery) to a typical pencil.