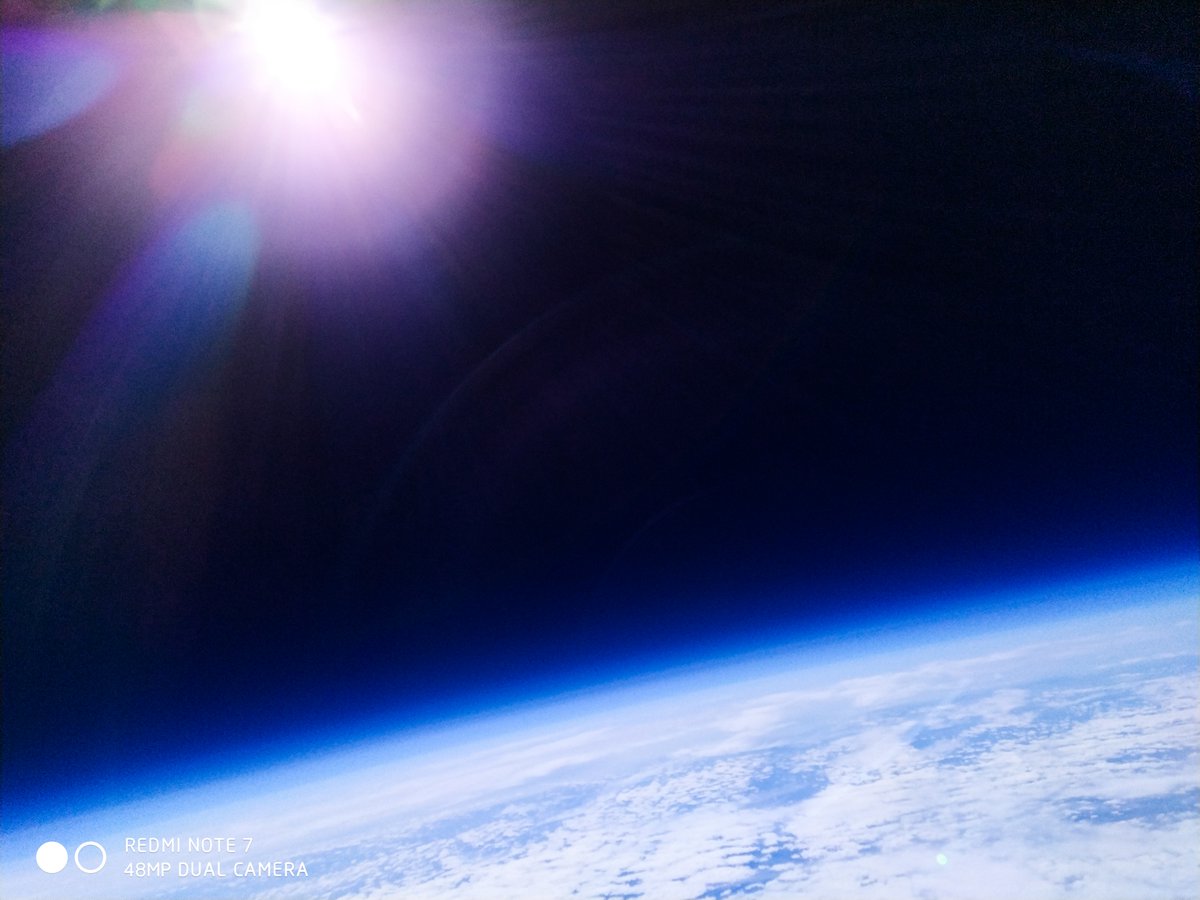 People test smartphones’ durability in many ways. Some throw them into hot or freezing cold water, others drop them on the pavement, hit them with a hammer or throw into a mixer. Redmi has decided that all these things are well and good, but it can do better. That is why it has shoot its Note 7 smartphone into space and let it fall back to Earth. Oh, and they also took some pictures with it.

The phone has been covered by various sensors and attached to the baloon. Said baloon was then filled with helium, so that it would go as high up as possible. The sensors on the contraption took measurements of various surrounding factors, such as height or temperature, up until the whole thing reached Earth’s stratosphere. There, Note 7 quickly took a few snapshots before the baloon snapped due to the differences in pressure. The whole setup safely landed back on Earth, where it turned out that the phone survived temperature of -58 Celsius. The whole thing can be watched here.