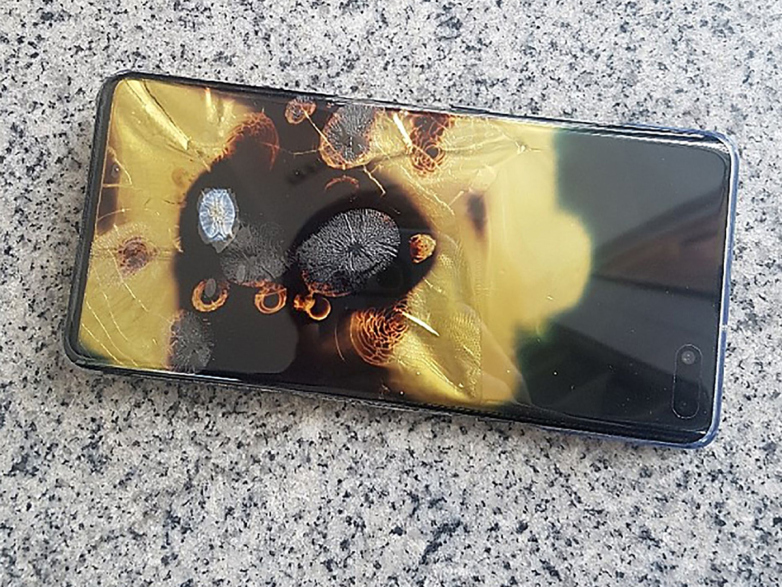 Ding dong, the phone is dead, which new phone, the Galaxy S10 5G. Or at least this particular unit is. A few days ago an image of burned Galaxy S10 5G smartphone was released online by a supposed South Korean consument. According to that person’s story, the phone was just sitting on the table when, all of a sudden, smoke started coming from inside it. After the smoke cleared out (heh), it turned out it was the phone’s battery that melt down.

As of now, Samsung has stated that it believes the burning was not the device’s fault, but no one knows for sure. To be honest, this might very well be the case: phones’ batteries can be destroyed due to user’s mistreatment was well. Perhaps the phone’s owner kept their phone in their pocket all day long, or left it out in the sun? Then again, the fast charging tech involved might also be at fault.