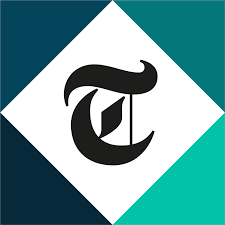 So, yeah, Facebook. Shady and untrustworthy data thieves who are slowly losing popularity to more trendy social platforms. Since they seemingly cannot stop taking our personal information from us, and their attempts at becoming a platform for open-minded and tolerant people are stiff at best, what else can they do to remain popular? Oh, I do not know, how about pay other people to say good things about them? Yes, that should work. Facebook has recently sponsored series of articles on The Daily Telegraph, a popular Great Britain newspaper. In this article, TDT did the best they could to present Facebook as that friendly, pro-people force of the 21st century without which the world would be a worse place than it is: ”Facebook and other social media platforms are harnessing the power of the internet to protect your personal data”, ”Why Facebook’s mission is to bring the world closer together” and other paid for grovel like that can be found in TDT’s recent writings.

At least the fact that the articles are sponsored is not hidden, what with the ”Brought to you by Facebook” at the beginning of every one. Kudos for honesty, I guess.