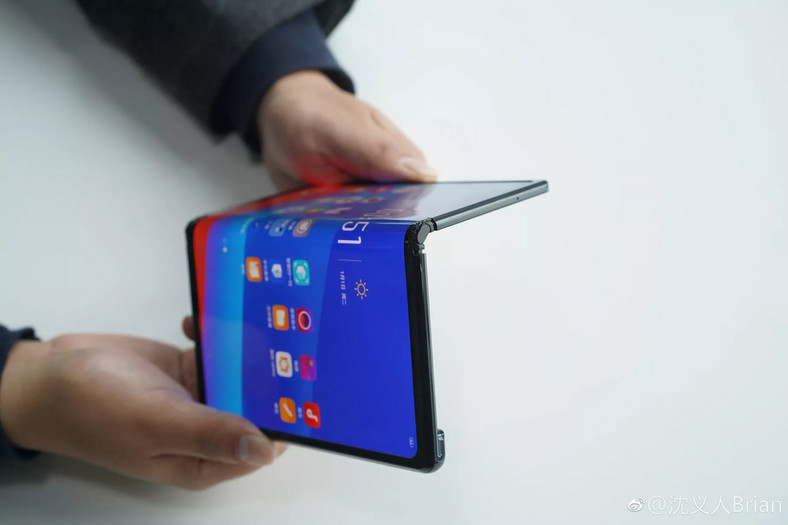 We have already heard that Oppo is having a foldable device in the works. What we heard was mostly gossip and some leaks. As it turns out now, Oppo not only has a working prototype of such device, the company is also going to officially present it during the Mobile World Congress 2019. We do not know when exacly (25th Feb – 1st March) will the foldable be presented: all the info that we have on it is a live picture shared online by Oppo’s vice CEO Brian Shen. People smarter than me notice how this device looks similiar to Huawei’s Mate X. It is largely because of how both devices fold outwards instead of inwards, like most other foldable prototypes do.

Oppo will reportedly be careful about this device: their plan is, or so they say, to not release it A.S.A.P but instead to wait and see how the market reacts to foldables.