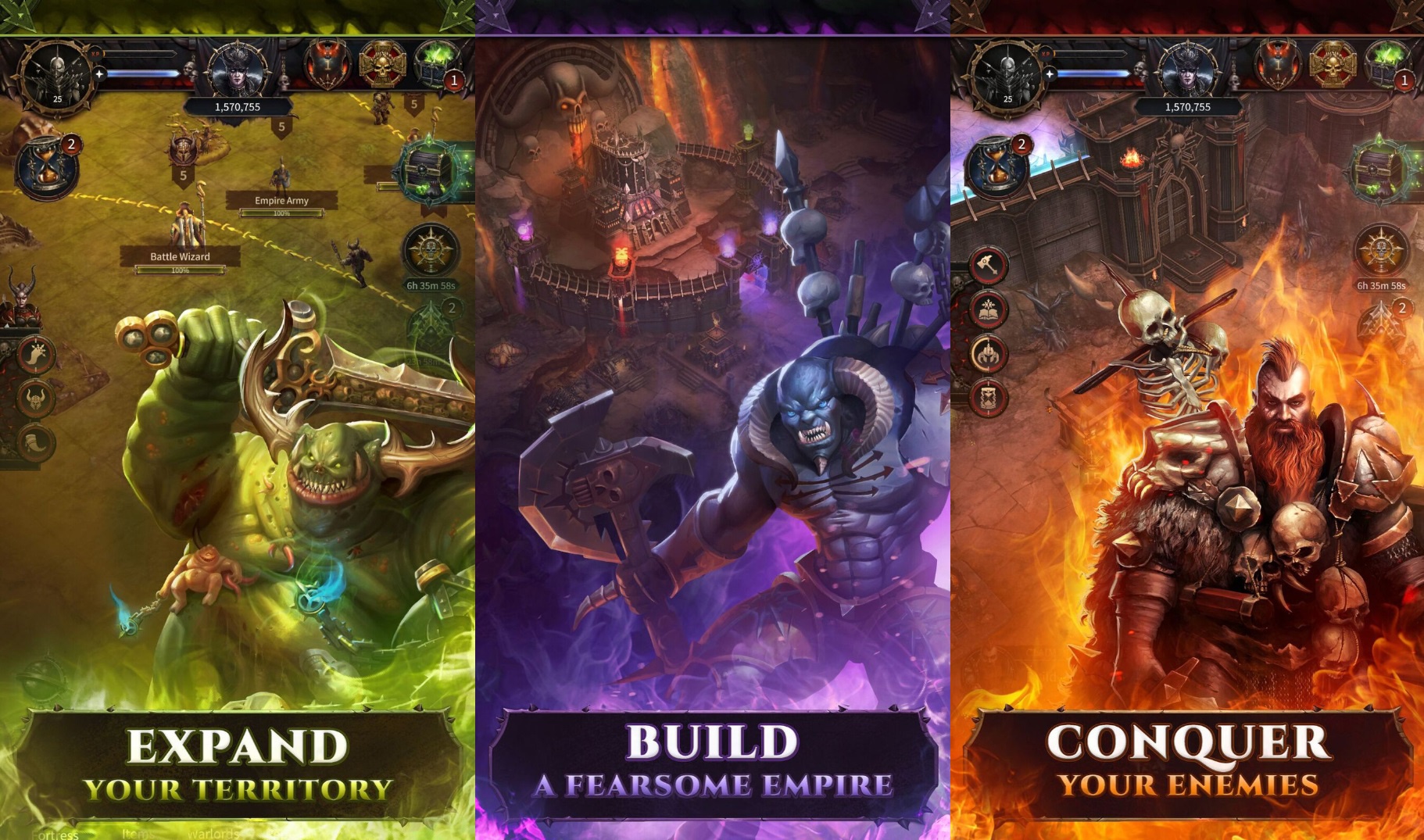 Something possibly nice is coming for mobile-gaming Warhammer fans out there. Warhammer: Chaos & Conquest is a strategy game set in the world of seemingly Age of Sigmar (it does not look like 40k, no matter what other websites say), the fantasy-themed setting of WH franchise. C&C puts you in the shoes of a Chaos Lord, champion of the evil Chaos Gods, whose goal is to expand his (or her, I suppose) kingdom and conquer all that there is. Game’s trailer is available, but it fails to explain much about the game other than it will be a strategy with base building elements, possibly real-time. It will probably be a f2p product, as in-game sells have been implied by the beta bonuses. Speaking of beta, it will be difficult to learn more, too, unless you are either from Philippines or Indonesia, as this is where the game is currently beta-tested.