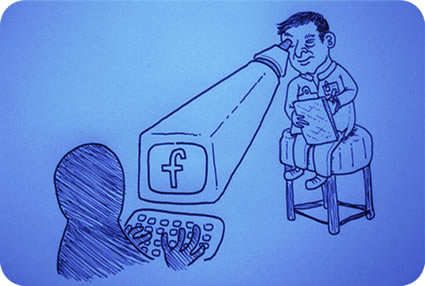 Long story short: according to the British newspaper Metro, on June 14th Facebook has applied for a patent for its invention, a software that allows for remote control over smartphone’s sound record capabilities. Mark Zuckerberg has repeatedly stated during his hearing with the US Congress that Facebook has never and will never spy on its users. We can feel completely safe in the knowledge that FB is not working on a spying software to actually spy on us. No sir they are not. Vice-President of Facebook, Allen Lo has stated in an interview that the reason FB wants to patent its invention is to help protect the users from being spied on by other, evil companies. How? Beats me.

On the one hand the whole story sounds like a comical farce mixed with Orwell’s 1984. On the other hand, Facebook has so much bad press poured on it over the last few months that I have a hard time believing that it did every single evil thing it is being accused off. I believe that at least some of it is FB’s competition creating false, black PR for FB to deal with. Whether or not this particular thing is one of them, I do not know. What do you think?