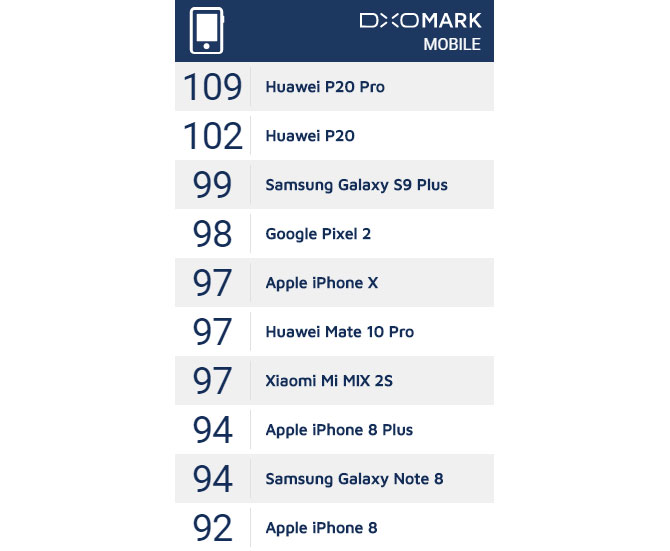 Huawei is doing it, brah. Its two newest phones, P20 and P20 Pro, have just made it to the DxOMark benchmark and oh boy, both of them just trumped the competition. Samsung Galaxy S9+? Ten points below P20 Pro. iPhone 8 and X? Even further behind. The moral of the story is, at least as far as DxOMark is concerned, that Huawei wins and all other phonemakers should feel bad. US customers, with that country’s ban on Huawei products, probably already do.

P20 and P20 Pro still have not appeared in stores. Depending on the country you are in, you might get some pretty sweet bonuses if you decide to pre-order them: 360 camera with P20 and tablet with P20 Pro. Usually I do not condone pre-ordering, but perhaps this one time I would reconsider.