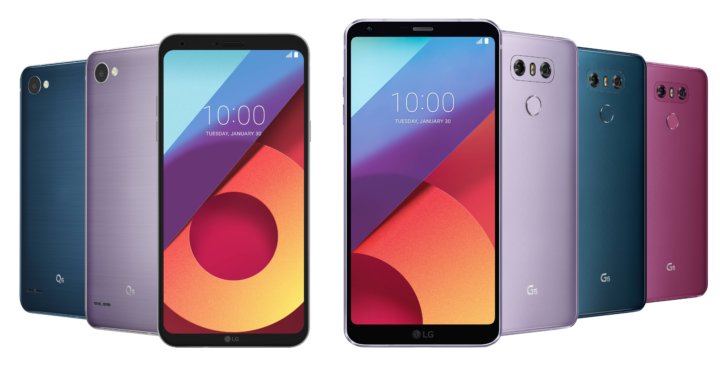 It is always nice to have more colour options for your smartphones. Samsung is probably the most colour-varied company out there, but LG is a pretty close second – more or less. The company has just announced a bunch of new colours for two of its smartphones: Q6 is to get the Moroccan Blue and Lavender Violet variants, while G6 will get both these as variants as well as Raspberry Rose. These will add to the already considerable colour rooster for these two devices, Ice Platinum, Astro Black, Mystic White, Terra Gold and Marine Blue.

All the new colours will become available for G6 and Q6 will be released in South Korea sometime in February, probably before February 14 that seeing how Raspberry Rose is said to be released specifically with Valentine’s Day in mind.