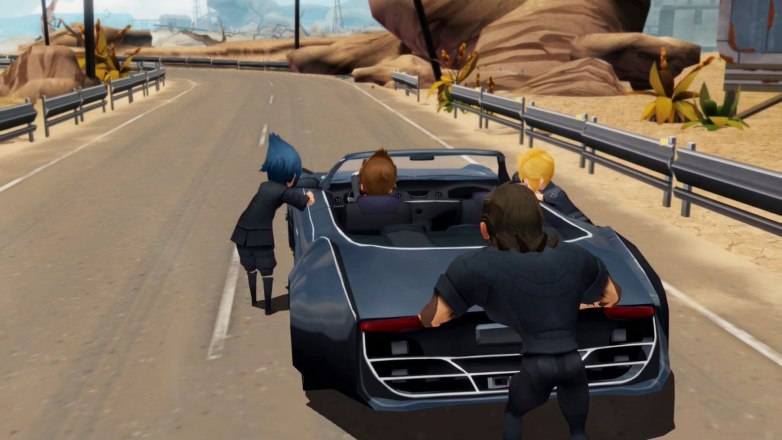 That is right, FF fans; newest installment of the series is coming to mobile devices, and soon! The game is using AppStore’s new pre-order function. Tap ”Get”, buy the game, and it will download onto your device automatically upon release. Chapter 1 – as the game is being released in an episodic format, similiar to e.g. Telltale Games – can be pre-ordered for free, while Chapters 2 and 3 will cost $0.99 each and Chapters 4-10 will cost $3.99 each. All chapters bundled together will be available later for $19.99 from TouchArcade. The game will run on iOS devices with iOS 11.1 or later.

For those of you who are not in the know-how, Final Fantasy XV: Pocket Edition is a mobile version of the J-RPG (Japanese Role Playing Game) released in 2016 for Xbox and PS4. The game concentrates on action-based squad combat, leveling your characters and, last but not least, telling an epic story of friendship and camaraderie. Mobile version is said to be, quote, ”surprisingly one to one with the ‘full’ console version of the game”. I believe it can be a great treat for anyone who enjoys Final Fantasy and wants to have their favourite game with them when on the road.