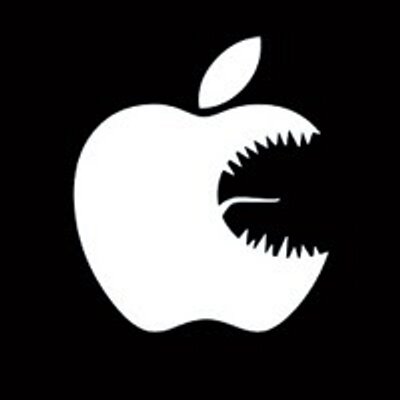 People have been gossiping about it for months now. Some did not listen, others defended Apple, but some kept digging. As it turns out, the truth was indeed out there.

Apple is a piece of sh… well, I do not like them much.

Probably not many of you, dear readers, care about my personal opinion. Those of you who are the staunchest readers of IMEI24, though, surely have picked up on that I do not like big corporations. There is no great philosophy behind my feelings towards them – it is just a simple mistrust towards people who, in the name of money and power, do their best to flood us with products that we do not need, exploiting our artificial need to show off and stay ”modern” and eating up our natural resources while doing so. This mistrust is not only aimed at Apple, oh no; I dislike every corporation. I have no love for Samsung or Huawei; I dislike MacDonalds (although I could go for a chicken nugget in barbecue sauce) and Coca Cola; I almost hate Toyota, Mercedes and other car makers, mostly for idiotic TV adverts for cars; I detest EA, Ubisoft and Activision; I dislike all the bigger clothing producers. Give me a large, well-known brand and I probably do not like it. Still, I understand that it is one thing to try your best to make us buy something and completely another to alter the product we already have in order to make us buy a new one – and that is what Apple is doing right now. They even admitted it themselves.

As the Internet has us believing, iPhones 6S and 7 have recently made a significant drop in performance. Group of people from Geekbench, a benchmark website, has decided to look into it. Putting technical details aside, their conclusion is that slowing down of these phones is caused by an update sent by Apple. That update has made changes in the phones’ software that significantly reduced their batteries’ performance to the point where the difference is easily noticeable. Upon learning this, TechCrunch immediately asked Apple for explanation. Tim Cook himself took it upon himself to explain that, indeed, Apple has done all of that. Why? To save old phones’ batteries from wearing out. Cook argumented that the lithium-ion batteries wear out pretty fast, which can be the cause of various malfunctions. To prevent this, Apple has lowered their performance.

Yeah, right – or, as my grandfather would say, ”bullshit!” While electronic devices do indeed wear out over time, but it is really suspicious that it takes just an year for Apple’s phones to get so used up that they have to have their batteries outcome cut just so they can continue to be used safely. All the concern is on the customer, of course, oh, I am so sorry sir/madame, your phone will be much slower now but you can still use it, no, no need to thank us, hey, how about you buy an iPhone X already, since your old device – so sorry, really – is really slow now? Of course, it is not out of question that other smartphone producers do the same thing and they just have not been caught yet; Samsung, HTC, Huawei and others might also be downgrading our older phones behind our backs, and we simply do not know it yet. Oh well; Apple nor other companies’ fans will never be moved by such news anyway. At least you have been fairly informed by IMEI24.

What do you think about all this?