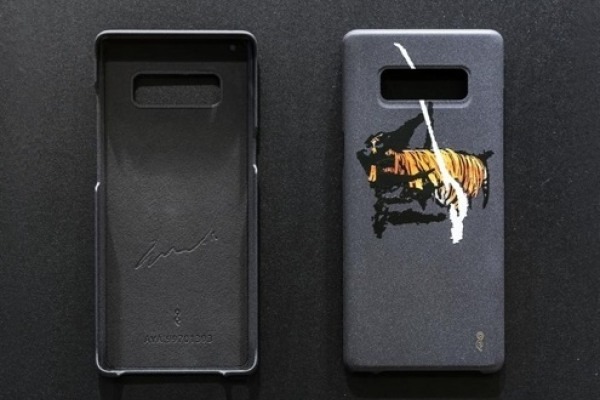 Samsung tries to keep the in-between of flagship phones interesting with this new fancy case for the Galaxy Note 8 model. Company has just announced that it will be releasing a number of limited edition cases for the Galaxy Note 8 smartphone. Possibly an ”extremely small number of super duper limited edition” would be more fitting, since only 99 cases will be made. Each one of them will even be numbered – sounds like a treat for a collectioner with way too much money. Samsung says that a special theme will be applied to the owner’s Galaxy Note 8 upon putting the phone inside the case. As for the case’s looks, it was designed by an art group called 99AVANT.

Case will only be sold along with an actual unit of Galaxy Note 8, 256GB storage version. Each such set will cost around $1840. There is no word on it being available outside of South Korea, but lets not lose hope.