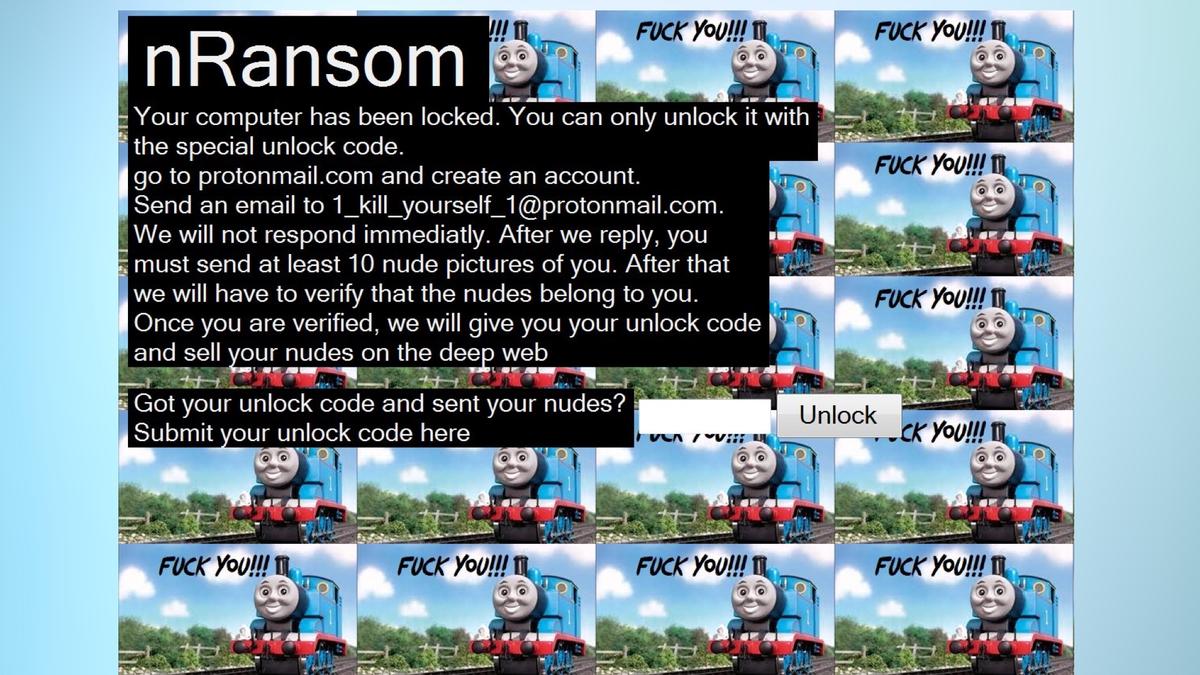 The whole story sounds like a mediocre joke, but hey, stranger things happened at sea. According to MalwareHunterTeam, a new ransomware has just emerged. Its name is nRansomware and its shtick is that it does not demand money but nudes. Yes, you read that correctly. When nRansomware infects your PC, it blocks you from accessing it until you take ten naked pictures of yourself and send them to a given e-mail address. Then these pictures will be verified by the hackers and supposedly sold on the dark web*, with the user supposedly getting back access to his/her PC.

nRansomware does not look very professional: vulgar message, ridiculous picture, annoying looped soundtrack. It is hard to say whether it is a real deal or just some joke that leaked online. One way or the other, hmm… ransomware are becoming too popular nowadays… I should look up some methods of protection against them. I will let you guys know when I find something.

*dark web is a general term for any website that does not come up when using search engine. Technically dark web websites can have any kind of content in them but more often than not they are dens of depravity, offering such ”entertainment” as child pornography or neo-Nazi forums. Brr.