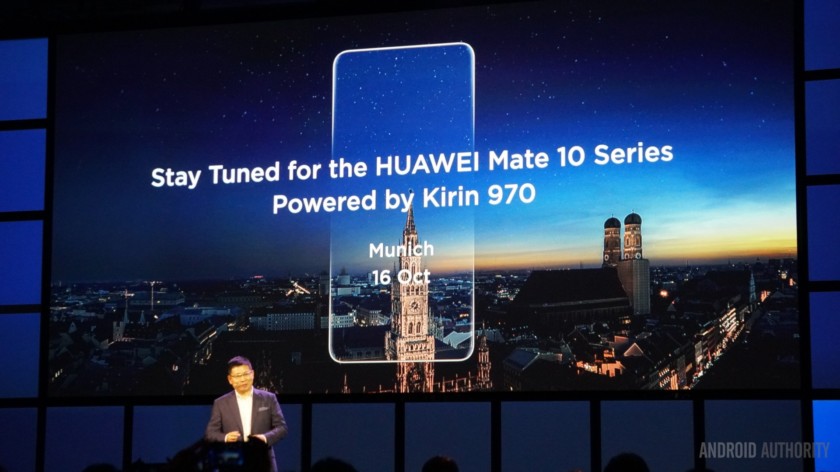 Richard Yu, CEO of Huawei’s Consumer Business Group, has recently announced that Huawei Mate 10 series phones will be revealed on October 16th. Reveal will take place on a special event in Munich, Germany. During the announcement, Mr. Yu has confirmed that the phones will be using Kirin 970, Huawei’s latest top-of-the-line CPU. He also stated that Mate 10’s will be Huawei’s first full-display phones. Seeing how 99% of full-display promises turn out false, this probably means we can hope for a phone with existing, if thin, bezels.

Mate 10 series has also been rumoured to come with a dual camera setup, but this has not been confirmed.