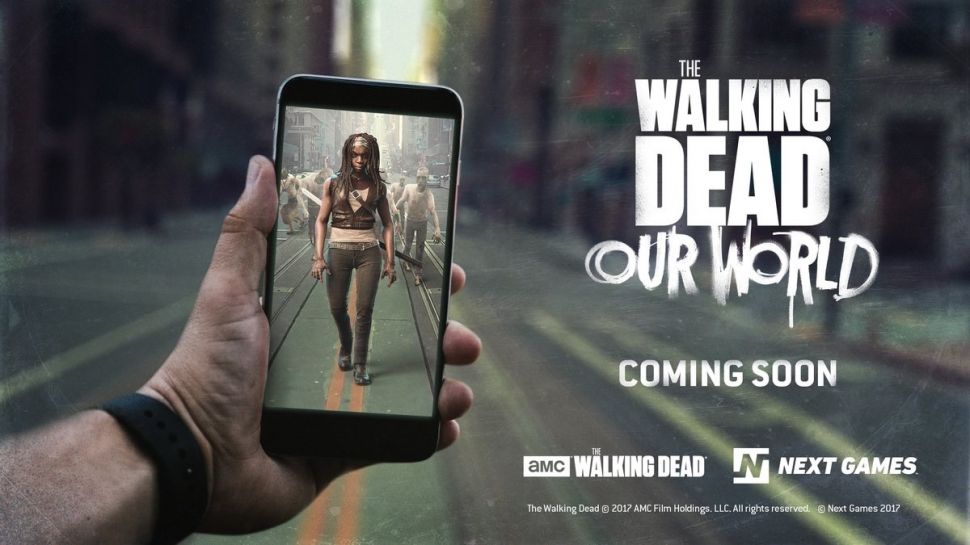 Pokemon Go is cool and all, but it is time for a new player on the AR market. Personally I think that the project will fail tremendously, but what do I know… Anyway, AMC TV channel and Next Game developer have joined forces and announced The Walking Dead: Our World, a new artificial reality game for smartphones. Game trailer does not show actual gameplay footage, but still looks pretty cool, with running between zombies, shooting, slashing, explosions and what seems to be a promise of co-op mode, if not outright MMO-like multiplayer. Another feature will be, erm, taking selfies with Michonne from TWD. Cool?

Neither price nor date of release of Our World are known. The game is presumed to come out sometime in autumn.